The classic comic series, The Addams Family, has been adapted once again this year, this time as an animated feature. The film is set to launch this week in some international markets, including Italy, but it already has become a financial success. So much so that a sequel has already been announced for it. For the occasion of this movie, director Conrad Vernon and producer Alex Schwartz attended VIEW Conference to talk about the film and how they managed to make a fresh adaptation by going back to the very origins of the comic books.

Conrad Vernon is a director, writer and storyboard artist. He started out in television, working on classics such as Ren and Stimpy, Rocko’s Modern Life and Dexter’s Laboratory. He joined DreamWorks in 1996, where he directed Shrek 2, Monsters Vs. Aliens and Madagascar 3. Afterwards, he directed the adult animated film Sausage Party. Alex Schwartz has been a producer for over 25 years. She was head of many notable studios, including Touchstone Pictures, Walden Media and DreamWorks Animation, overseeing production on films such as Sister Act, Narnia, Bridge to Terabithia, Kung Fu Panda, How to Train Your Dragon, etc. She is currently producing a feature for Sony Pictures Animation.

We had a chance to talk with them at VIEW Conference. Below you can find our interview.

With this new Addams Family movie, you have basically reintroduced the characters to an audience, most of which has already been familiar with the Barry Sonnenfield movies of the 90s, and their initial reaction to this new version was a bit mixed, due to their strong connection to the live-action films. Has this caused any challenges or concerns during the making of this film, along with the introduction to a new generation?

Conrad Vernon: “What was interesting was when we came out of the character designs, based on the classic designs of the Charles Addams comics, there were some initial shock to people, saying “oh my god, that’s not Raul Julia, that’s not Anjelica Huston!” and then there were the deep, hardcore fans saying “yes, this is based on the original comics, look at those cartoons, this is how they’re supposed to look!”. This little back and forth online was nice to see that people were debating and talking about it.”

Alex Schwartz: “But as you pointed it out, there’s also the new generation, who has nothing to base this on, and I think to them, the Addams Family appeals the same way it did for the older generation with the other adaptations, how they’re freaky and weird and seems to be doing things their own way, and they’re cool looking. People like that.” 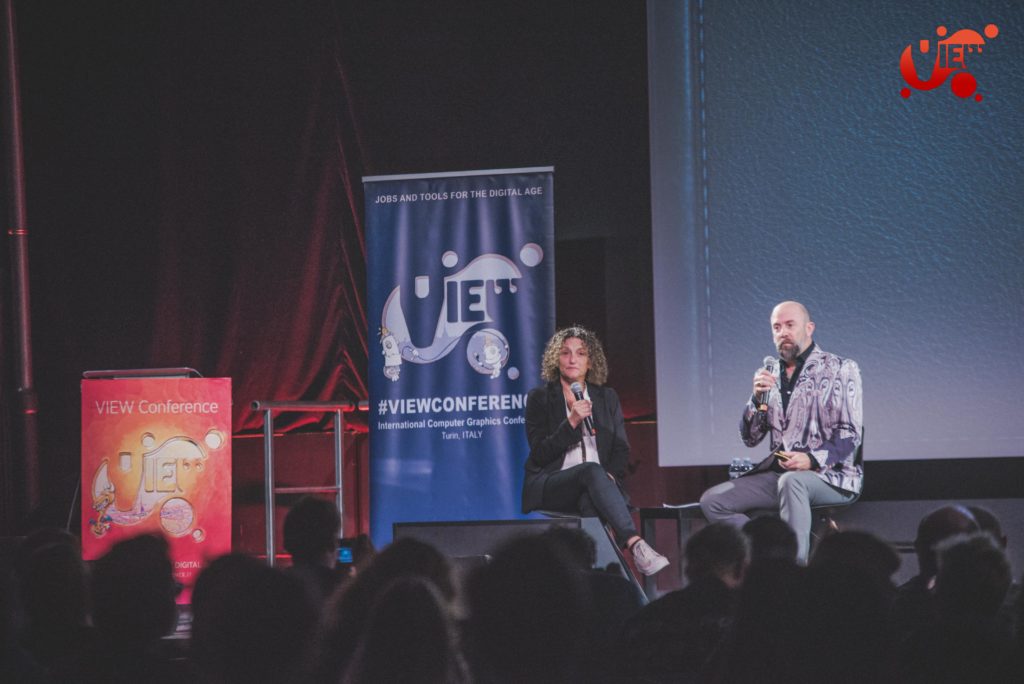 Speaking of the character designs, I was wondering how did you actually come up with them? Obviously, they’re based on the comics, but was there any moment during production where it was radically different?

Vernon: “Not really. When starting out, I gave the direction to our character designer, Craig Kellman, to start at the comics, at Charles Addams’ designs and show me what you got. He did a lot of iterations, but it wasn’t so radically different from the original designs, because both of us agreed that the core of the designs should stay at the comics. Everything that Craig changed was just facials, proportions, very subtle stuff. And Craig managed it like a champion, he would give me 15 different designs of Morticia, and each would have very little differences.”

Schwartz: “The other thing that was really fun was the extended family characters he designed.”

Vernon: “Yeah, he took a lot of those from Charles Addams, as well, lots of background characters. There were only 2-3 characters that he did himself.”

Your previous work was Sausage Party, which was a completely different movie, way more adult. Did you have to hold yourself back with jokes and writing when you had to switch back to making an animated feature?

Schwartz: “Every time!” ((everyone laughs)) 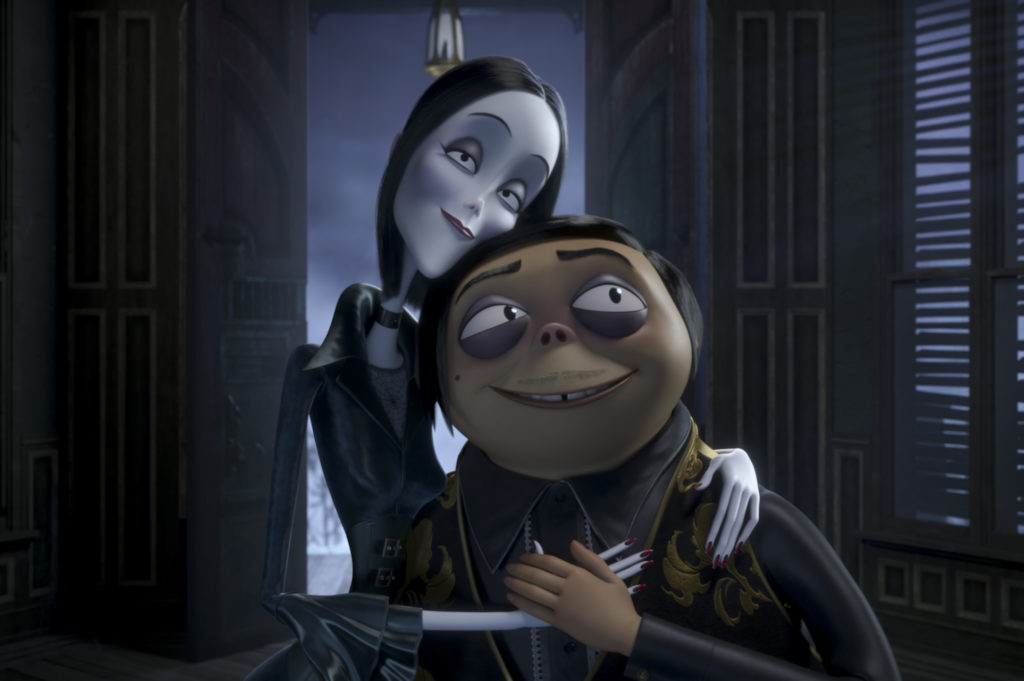 Speaking of the technical factors, this movie was made on a much smaller budget, way less, than your average big animated feature. Has that also created any challenges?

Schwartz: “Oh sure! There were compromises made, but also the solutions often create what then becomes so distinctive. We’ve all come from animation, which has become capable of recreating the world down to the tiniest Addam…I mean, atom ((laughs)) but is that what you really want? Just because you can do it, doesn’t mean that you actually want to do it. I think this movie has a very fun and unique style to it that partly allowed us to make this for the amount of money it cost us.”

Vernon: “Yeah, I would say that, to me, it’s actually a relief to have a lower budget, because the technology has come far enough where you could make it look good for less money. We did Sausage Party at about half as much as The Addams Family. What’s also nice is that we don’t have to make a gigantic amount of money on it for the first weekend, and the others. That caused me a lot of pressure at DreamWorks where our opening weekend was so crucial, otherwise it would’ve sunk us. Here, we made double our budget back at Sausage Party, and we made more than half our budget back in the first weekend of Addams Family, and it really is such a relief.”

Schwartz: “I would say our challenge was more time, than money. Time we couldn’t expand beyond what it was.”

Vernon: “Yeah, absolutely. We actually found out our release date through Variety. And we were like “well, I guess we have two years!”

Schwartz: “Time to write the script!” ((everyone laughs)) 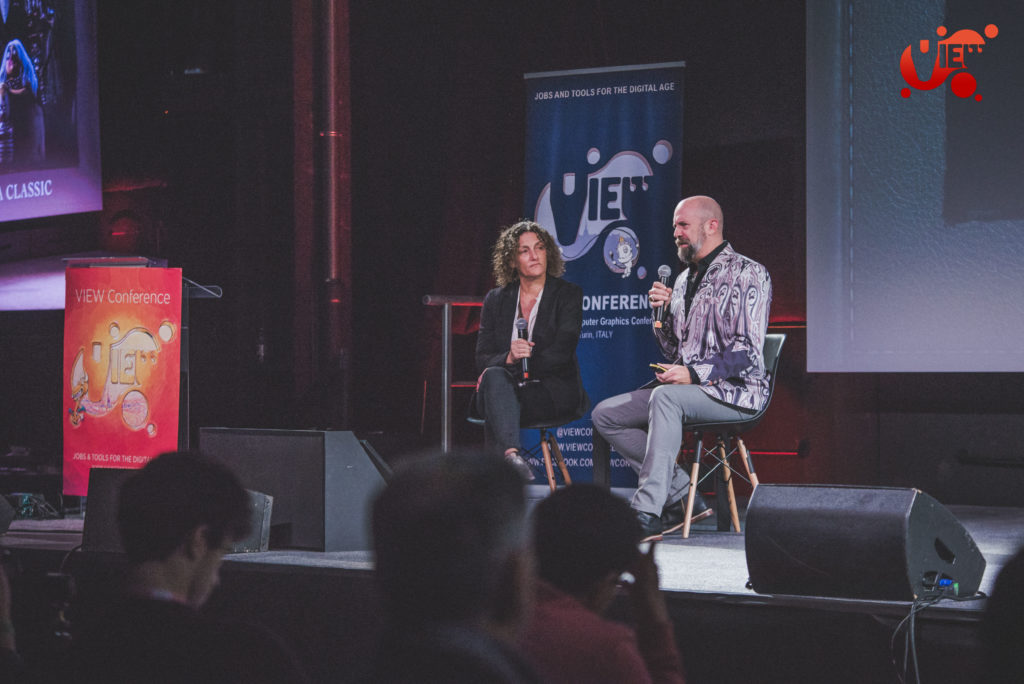 How did you work with the voice actors to find the personality for the characters? How did the casting go?

Vernon: “Luckily, we all got our first choices. Since we made the Addams Family immigrants coming to America, we gave the actors the challenge to come up with accents.”

Schwartz: “They actually pitched us accents, and we went through them all. For example, Charlize Theron, who voices Morticia, had done an almost Romanian-sounding accent, and we recorded quite a lot with it, and she ended up sounding like a vampire because of it, so we had to drop the accent, and then she created a sort of mid-Atlantic, Catherine Hepburn kind of accent.”

Vernon: “Bette gave her sense of style and confidence, Oscar came in with that beautiful, romantic Spanish accent. Wednesday and Pugsley don’t have accents, because they are first generation Americans.”

Schwartz: “But Bette Midler’s accent, she was very exacting.”

Vernon: “Yeah, when she called and asked me what accent I want, I would say “how about some unknown country from Eastern Europe?” and she called me back with two or three different versions, and I would pick one of them, and went back and forth, as she read from the script, and we decided on that choice. And of course, Nick Kroll came in, and he didn’t have an accent, but a speech impediment.”

As the sequel has already been announced, can we expect you to return for that one?

Schwartz: “I will not be working on it, because I’ve moved on to something new.”

Vernon: “And I will be doing it as more of a producorial role, I won’t be directing it.”