Everybody in the animation community is anticipating the launch of the first Netflix original animated movie, Klaus, scheduled to be released exclusively for the streaming platform next December. While Klaus is going to be the first of an incredible lineup of family friendly movies and tv series produced by Netflix with some of the most regarded talents in the industry (including Guillermo Del Toro, Henry Selick, Glen Keane, Nora Twomey and many more), the movie will also be the first traditionally animated film released by an American company in a long time. We had the chance to meet director Sergio Pablos at the last Giffoni Film Festival, the biggest youth-oriented film festival in the world held in Giffoni, Italy, where Pablos got to screen some sequences from Klaus to hundreds of enthusiastic kids.

Pablos, who is a veteran of the animation industry having started at Disney during the 90s, is also known as the creator of the Despicable Me franchise, which nowadays is the highest-grossing animated film franchise in box office history, with $3.7 billion to date. Pablos currently works in Spain where he is CEO and Creative Director of SPA Studios in Madrid.

If you wish to read the Italian version of this story, click here. 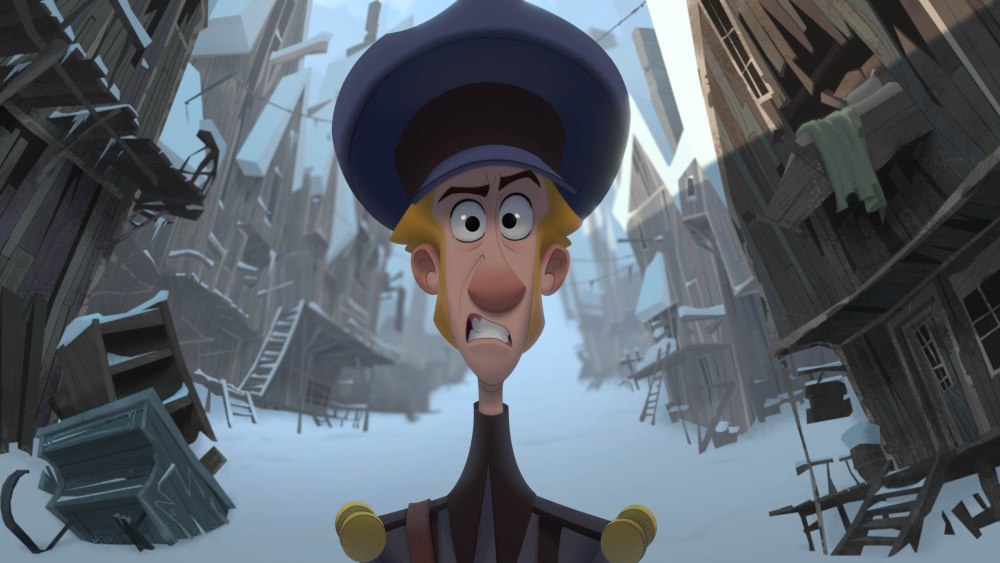 Hi Sergio! We’re so excited to meet you. You probably already know, but the animation community is so excited for Klaus.

We’ve been asking for a new traditionally animated movie for so long, and now it looks like it’s finally happening!

Oh it’s been happening, I wouldn’t discount great films like everything that Cartoon Saloon has done, and other movies from Europe. Like, I loved Long Way North, I thought it was a great film. So, I know they’re not high and big budget films, but let’s thank those guys for keeping the art form alive ‘cause they did a great job. But yeah, the huge budget kind of film – you’re right, it’s been a while. And that was the idea, because all those films, as much as we love them, they’re catered more to the animation aficionados and they often have limited distribution, so they don’t really get to the audience, right? The problem is that because of how these films are released, they’re perpetuating this idea that traditional animation is now an independent filmmaker kind of thing but it is not meant for the mainstream. So it’s about time someone made a film that has the potential to reach a larger audience and we should really try to do it. 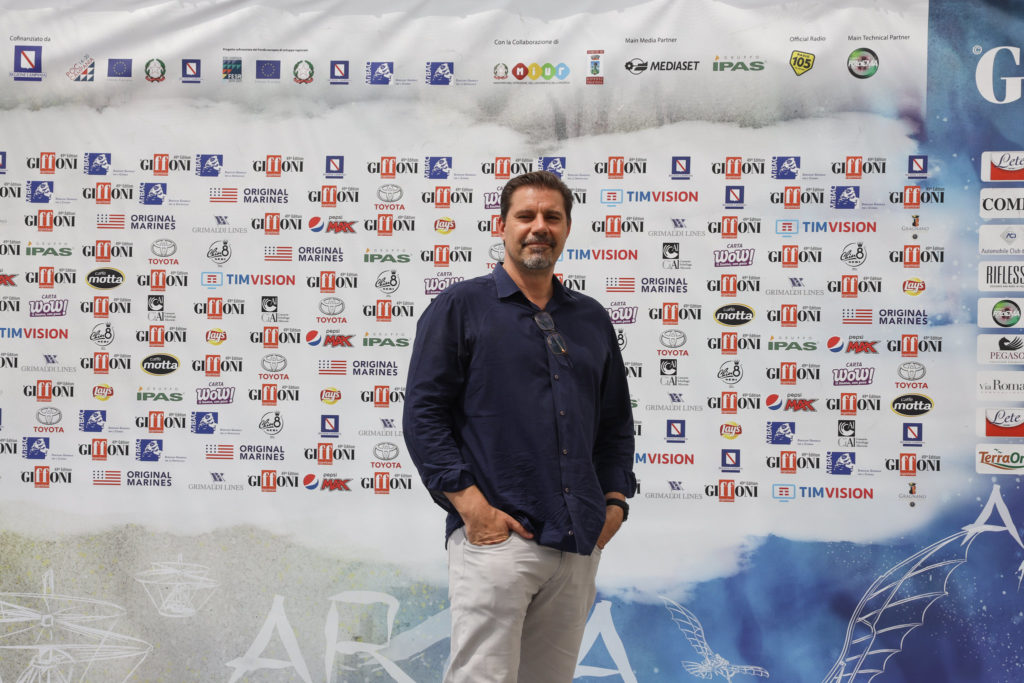 You got to show some clips from Klaus to hundreds of kids here at the Giffoni Film Festival. How was their response?

We’ve been showing these clips at many different festivals where there’s usually a lot of animation fans, but that’s an easy audience because we’re bringing the kind of film that they want to see. And I actually have a problem with people that say: “we need to support this film because it’s 2D!”. I’m always like… well, no, support it if it’s a good film. We cannot be the same guys who said: “Oh Toy Story isn’t great because it’s computer animation, it’s because the story is good” and then say we need to support Klaus just because it’s 2D. That’s not the same logic. If Klaus is good then support it, and if not say it’s bad, that’s fine, we’ll keep trying. But in this room, with children who don’t care and don’t know? They just tell you like it is.

I think so. I got the feeling they did. They tell me that there was a lot of kids that were saying: “I wanna see the whole film!”, so that’s a good thing. But it’s also difficult because the clips were in English and I had to kind of tell them what was happening before. But still, they seemed interested. 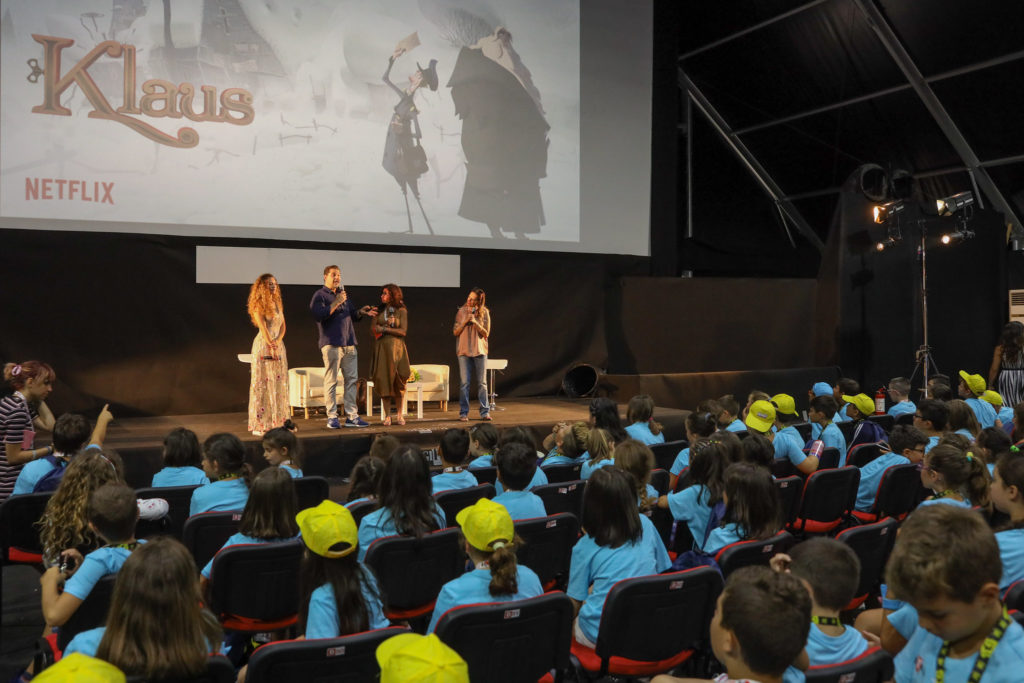 This is the first Netflix original animated movie, but it wasn’t originally a Netflix project, it’s your own project that you’ve been trying to develop for a while. Can you guide us through the whole process that brought you to Netflix?

Well, it was a bit of a surprise. We had that teaser that people have seen over the Internet and we had a script, so I thought ok, we’re in a good shape, we’ve got a story, a teaser… So we went to every studio that would take a pitch. And the sad thing was that we learned that the thing that we thought was the strongest point of the film, which was that it’s a Christmas classic, it was actually a negative point. That’s because a lot of these studios assume that when it comes to theaters, Christmas belongs to Disney. There’s no point in going up against Star Wars or Frozen 2 or whatever it is. No one was saying yes for a long time. We went to Netflix twice and twice they said: “we don’t do feature animation”. And then we went a third time and I wasn’t really expecting anything to change. But this time they were looking for a Christmas film and they said they’d do an exception. So Klaus was not the first in a lineup of animated features, it was just an exception they were gonna make. And then since then they’ve built up this whole structure around it and they’ve told us: “Oh no pressure, but now you’re the first one of a huge lineup! So don’t screw up!”.

Klaus is a Santa Claus origin story. How is it different from other Christmas movies?

I tried to find the irony, the humor and the heart. I felt there was the potential to do a great story about the origin of Santa Claus but I could easily fall into the trap and make a movie about a poor old guy who lives in the forest and makes toys for children… I don’t wanna make that film, that sounds really boring and sappy. So how do you make it interesting? First of all, let’s make Klaus not the main character. And then, Santa Claus is a symbol for altruism and for goodwill, then let’s create a main character who needs to learn that lesson. So let’s make a really nasty guy as main character, how about a postman who needs to desperately get letters to be moving around so he can actually get his own way, and in doing so he ends up through the worst of intentions bringing about the legend of Santa Claus. What if everything good about Santa Claus came from the biggest arrogant you can imagine? That’s the irony and that’s the humor. And what if in the process he transformed the town and he got transformed himself? That’s the heart.

During one of your interviews at the Annecy festival you said you don’t want to bring back 2D animation, you want to push it forward. In what way?

Remember how each Disney film during the 90s always brought a new innovation? You know, Tarzan brought Deep Canvas, Beauty and the Beast tried to merge characters and 3D environments, so there were always little things they were trying, new innovations. So I said ok, let’s pick it up where we left off. If CGI had not been invented, what would we have done with traditional animation? The philosophy was: look at every step of the pipeline and ask the question “which of the steps are technical limitations and which are artistic choice?”. So, do animators need to rough their animation? Yes, that’s part of the charm of it, don’t mess with that.  And so on. And then we got to light and we were like… do we really want light to look this way in a traditionally animated film? So clearly that’s a limitation. How do we bring light and volume and texture to traditional animation? We didn’t want to change the nature of 2D, so we needed great tools that were used by artists. We didn’t want anything that was automatized or anything that was automatically generated. What I love about 2D is the imperfection of human hand, so let’s do light the same way, let’s make sure that we give a tool to artists that is not gonna be perfect. Like, when an artist chooses to light a scene, this guy would do it this way, and this guy would do it differently, and I love that because there’s a signature. So we created a tool that allowed artists to paint light and color in motion and it’s a great toy. And now we have this thing that… people say it looks like CGI but no, that was never the go. It needs to look like visual development art in motion, that’s what we were hoping to do. But because the only time you’ve seen volume is through CGI, you think that’s CGI. 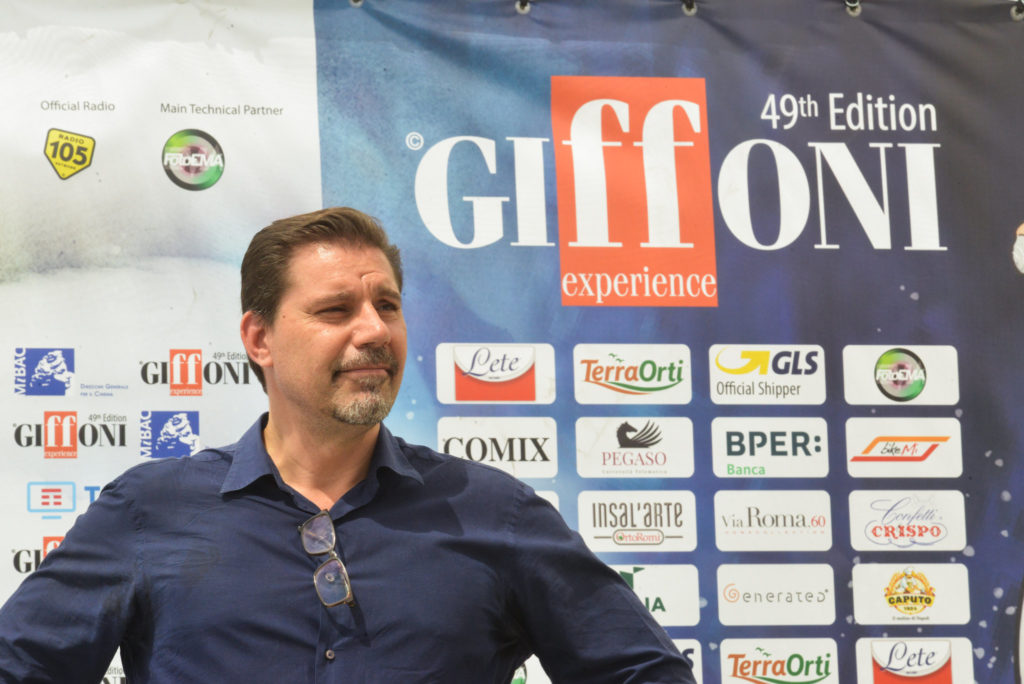 You had a long career working for big Hollywood studios. How did that help you get to where you are now, working independently?

I definitely learned a lot about how to do things. But I learned a lot more about what not to do, because I’ve been in some films that were troubled. I understand now that where money gets wasted is in usually development. You don’t waste money making the film, you waste money trying to figure out why the film is failing for a long time. So you make the film three times. So don’t bring people in until you know what the story is, don’t hire more people that you need… we have a big budget for Europe, but still a tight budget by American standards, so we have restraints. I’ve learned from some of the greats, like I’ve seen Ron and John direct, but I’ve also seen other directors that were not so good. But yeah, it’s definitely helped a lot. I don’t think I was ready to direct until now.

Hopefully the movie will be successful. What can we expect next from your studio?

Well, I am working on other ideas. And I’m obviously going to Netflix first. I would love to continue this relationship because I’ve never had this level of autonomy, creatively speaking. Whenever we’ve had different opinions they’ve said: “ok, it’s your film, so you decide”, which I’ve never seen before. It’s always been like a director in a lot of studios is more of a working man, but at Netflix they’re telling me: “ok, we’ve bought into your vision, and now we are bound to your vision”. That’s an incredible privilege, and at the same time the scariest thing ever because I have no one to blame if this thing blows up in my face. It’s all my fault. So… fingers crossed!