View Conference 2019, Brad Bird on the art of animation and the future of cinema

One of the biggest highlights of this year’s VIEW Conference was without a doubt the attendance of Brad Bird. He is one of the biggest names in animation. He had two presentations at VIEW. One was called “The Animator as Actor”, where he highlighted many notable character acting from classic live-action and animated films, and explained how these inspired his work. The other put focus on the importance of movie introductions, and the visual elements of how a film’s setting and characters can be set up without telling it outright, again using examples of classic films and his work.

Brad Bird ‘s career started out as an animator in the early 80s on films such as Fox and the Hound, The Plague Dogs, and The Black Cauldron. Afterwards, he moved to television by collaborating with Steven Spielberg on episodes of Amazing Stories, followed by The Simpsons. He is the director of such animated classics as The Iron Giant, The Incredibles, its’ sequel, and Ratatouille. He also worked on live-action projects, such as Mission Impossible: Ghost Protocol, and Tomorrowland. He is currently working on a musical film, which will be an animation/live-action hybrid.

Below you can read our interview with him. 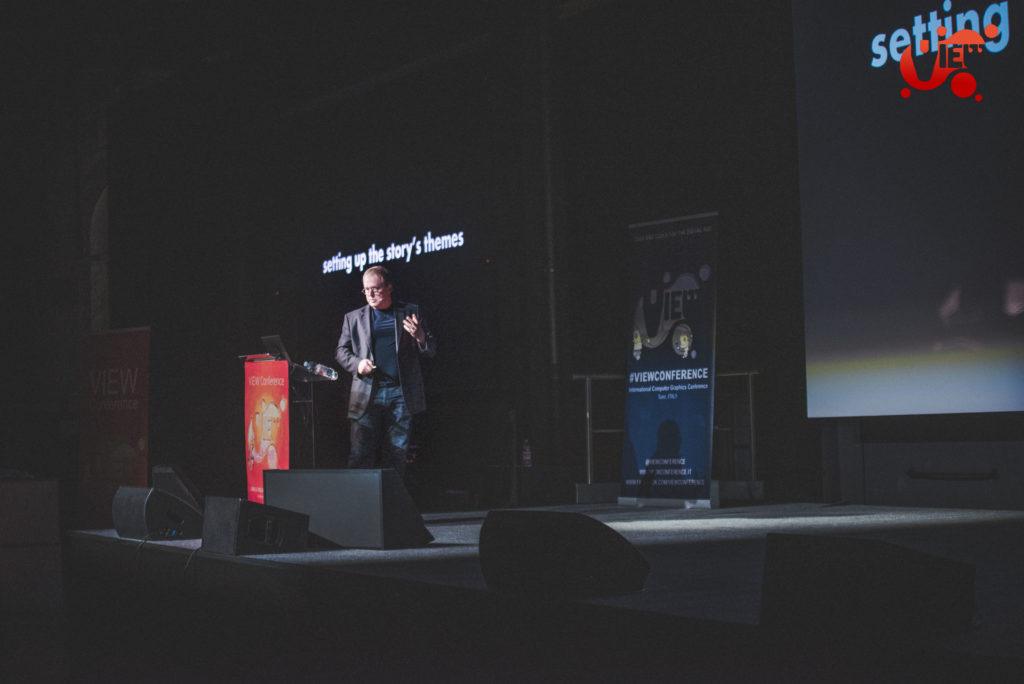 Let’s start with some basics. What’s your personal definition of animation?

Brad Bird: “Something that was done in a way that’s not spontaneous. It’s a frame by frame by frame assembly meant to be seen as motion. In other words, you do it one frame at a time in order to be seen as a group. It’s not a motion that existed before it’s projected. Whereas in a live-action movie, somebody is moving, and it’s being recorded, and then you replay that motion, in animation that motion never exists, except when it’s projected, it never existed in any other way. For example, somebody is doing a stop-motion with a puppet, they’re moving the puppet, they stand back and let a frame come in, rinse and repeat. Getting there is very different than the end process, wherein most films, you’re recording an existing performance done in real time. I don’t have a simple, one-line description of it, but that’s what it is. Whether you do it with pixels, drawing, or clay, it’s about doing it one frame at a time, and the only time it exists in its current form is the first time that it’s projected.”

In your masterclass, you were talking about animators studying reality, and making it believable through animation rules. Do you think animation is trying to become like live-action too much?

Brad Bird: “It depends what film you’re talking about. I don’t think reproducing live action totally is an interesting goal for me. If you’re using it to mix with a live action film, like how Gollum from Lord of the Rings, an animated character, is sharing a screen with a live-action character, and both are meant to be real, I think that’s interesting. You are getting animation and you’re trying to integrate it into living performances. If you’re trying to create a completely animated world that looks completely photo-realistic, that’s not something that I find interesting. It’s like if you made an orange completely out of clay, and it’s very orange-like, you bite into it, and it kinda tastes like an orange, has the juice like an orange, and you go “hey, this is almost like a real orange, and it’s made completely out of clay, you want that?” and I go “no, I’d like to have an orange!”. And whereas the real orange is 25 cents, the fake orange is 10 million dollars, and it’s not even as good of an orange. I think that progress in technology is always a good thing, but I think you have to be careful how to use it. Just recreating something to try to make it more real alone is not enough.”

Touching a bit more about animation and live-action, as we see trends of animation being transformed to live-action, but something still feels off about them. What’s one of the biggest mistakes that filmmakers make when they want to transfer animation to live-action?

Brad Bird: “To me, the core of animation is caricature. Usually that’s a word used negatively about something, but there’s a good way to do caricature. There are many great caricaturists around the world, but in the US the best so far was Al Hirschfeld. In his drawings, somebody looked more like them than in real life, because he found out what was so distinctive about somebody’s looks, amped it up, reduced the things that didn’t add to the look, and very selectively stylized and minimized it so that it seemed to be the essence of the person. You can do that not only with design, but also with movement. When somebody does an impression of someone you know, and they’re ruthlessly funny, they’re picking out things very selectively, and turning the volume up on them, sometimes turning the volume down, because if somebody’s quiet, and you make them really quiet, you’re exaggerating it. I think animation is about capturing the essence of something and making it moreso. Just reproducing something to live-action is kind of a boring goal, and it’s not reflecting the magic of animation, which is making something feel more intense, the raw feeling of what something is.” 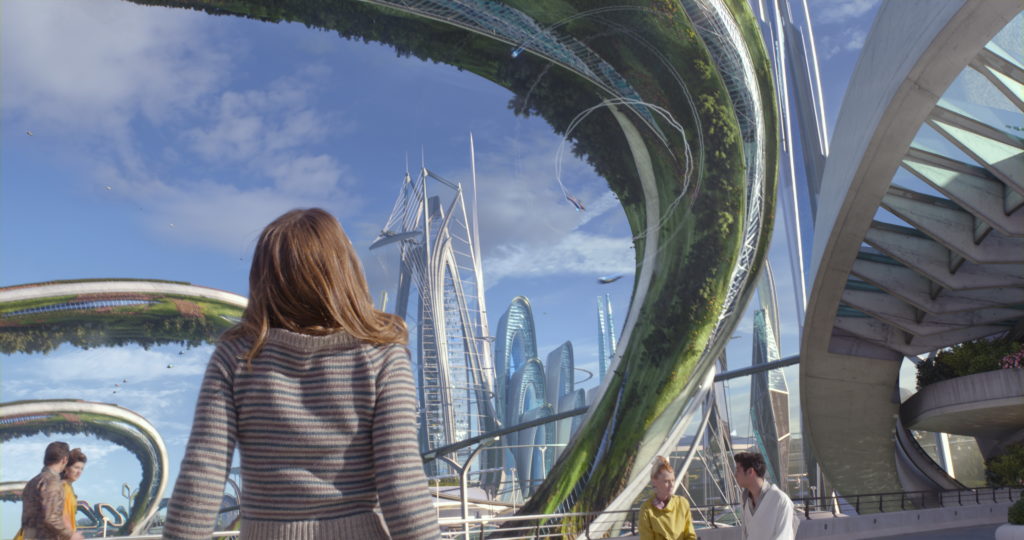 Why don’t you like the definition of “movies for kids?”

Brad Bird: “Because it limits it in the same way that some adults treat kids like they’re stupid. I found that if you make something for older people that has a playful quality and joy to it, kids will gravitate to it, anyway. So when you aim something at kids, you’re not aiming it to yourself, because you’re not a kid. If you’re making films, you’re obviously an adult. And if I’m making a film for somebody who’s not me, or is an audience that doesn’t include me, there’s something patronising about that. Every film I make is a film that I want to see, and I think people sense that. I’m not talking down to them, and even when I make a moment that kids like, it works for adults, too. My favorite films as a kid were films that didn’t talk down to me. Even as a kid I felt on the ones that did, I said “who wants to see this crap?”. The stuff I responded to was Bugs Bunny. Now some people mistakenly think that Bugs Bunny was made for kids, but it actually wasn’t. It was made for people who wanted to see the Bogart movie or the Bettie Davis movie or an adult film. Bugs Bunny was like a little piece of candy before the adult film, one that’s gonna make you laugh, it’s gonna be quick and funny, and it was aimed at adults. It became a kids thing when television started, and they wanted things that kids would watch. So they grabbed those cartoons, because they were available, and then they aired them when kids were out of school. So people started thinking that cartoons were made only for kids, but if they really were, they wouldn’t have survived the way they have. The kiddie ones are the ones that nobody watches anymore, they have no cultural impact at all now. Put on a Bugs Bunny film, though, and everybody, old and young, 20 years ago and 20 years from now laughs at it. That’s much more what I’m interested in doing.” 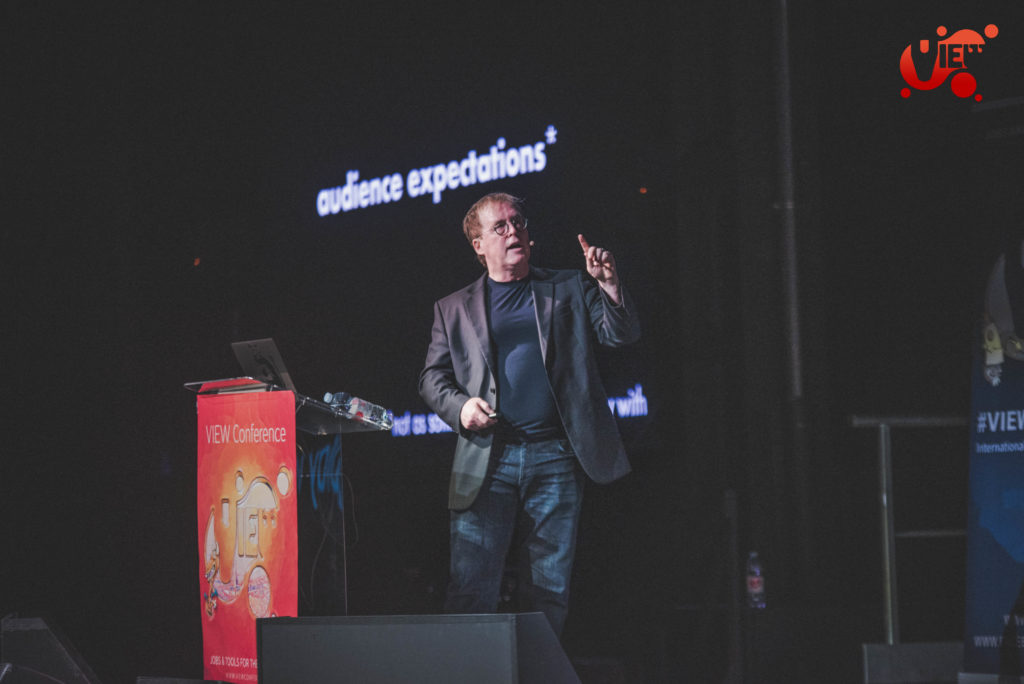 Do you still hope to make 1906, the film about the San Francisco earthquakes?

Brad Bird: “Yes. It’s hard to discuss it right now without giving something away. There is a “war” going right now between streaming and movies as movies seem to be dying away, and TV is starting to become more movie-like (Note: last we heard of the project, it was said that it might end up being a series on streaming, with a live-action theatrical movie connected to it). I hope it doesn’t disappear, though, because the experience of being alone with a big audience of strangers in the dark, and not being able to pause, skip, or anything like that, that’s not the ultimate feeling of cinema. Cinema is a big screen, and strangers in the dark, sharing the experience together. I think that there can be much more experimentation with how these things are shown, and there are going to be different, more creative ways. I saw an episode of Breaking Bad in a big theatre with a crowd of 1000 people, and the audience loved it. As much as I enjoyed watching the show on TV, seeing it on a big screen with a bunch of strangers was a blast. There’s gotta be somebody who’s creative about the theatrical experience and creating situations where strangers can gather and watch something together on a much bigger scale than sitting in the living room. Living rooms are wonderful, and anything you do in film is going to exist in 24-hour availability in any size screen you want forever. But there is a short period of time that is golden, rare and special, that storytellers can control with how stories are told, and that is when a movie first opens. You have to go to the theatre, make an appointment, once you sit down, you’re in, no stopping, they won’t stop the movie when you have to go to the bathroom. The feeling of that and watching the film in a dark room alone with strangers in a gigantic screen, is something rare and special, and needs to be preserved for the future.” 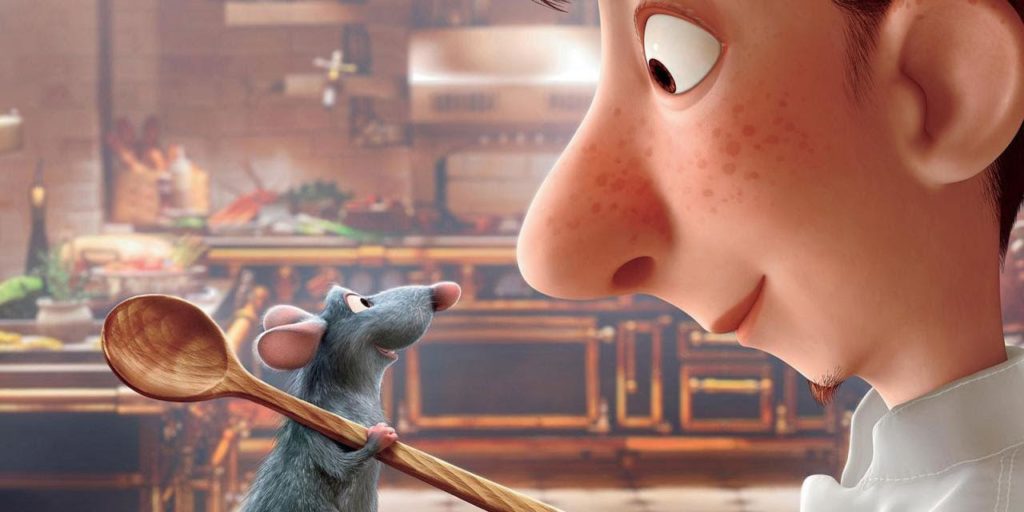 Do you think, as a director, you have the responsibility to educate this new generation to watch these movies at the theatre?

Brad Bird: “The only way I can educate people to do that is to make things that are great in the movie theatre, and then exhort people to try to see it that way. It’s a complicated discussion, because there are millions of reasons for movies losing their value and interest from people, and all of them are small reasons. It’s like paper cuts. One small cut will hurt, but it will heal and you will be fine, but if you get ten thousand paper cuts, you’re going to bleed out and die, and that’s kinda what’s happening with movies. First, we got rid of movie theaters that had an identity and had different architecture, one looked like an Egyptian temple, the other a western town. Then we got rid of curtains that hide the film and reveal it. Now we just have the screen sitting there projecting ads on it, which is like taking a leak on the screen, makes it like you’re watching television again. To me, that’s an insult to the screen. The places aren’t special anymore, the auditoriums are getting smaller, makes it more like you’re in your living room. Then the kinds of movies we are making seem to be less interesting and smaller and the same, already proven kind of films. I think it needs to shake out, and I think multiplexes will start to fade away, but the ones that remain will hopefully be bigger and more special, and hopefully we are moving towards a more enlightened place. The reasons for movies popularity going down are myriad. Some blame the studios, some blame the filmmakers, some blame the theaters, and it goes on and on. But I think this is a difficult and complicated problem.”